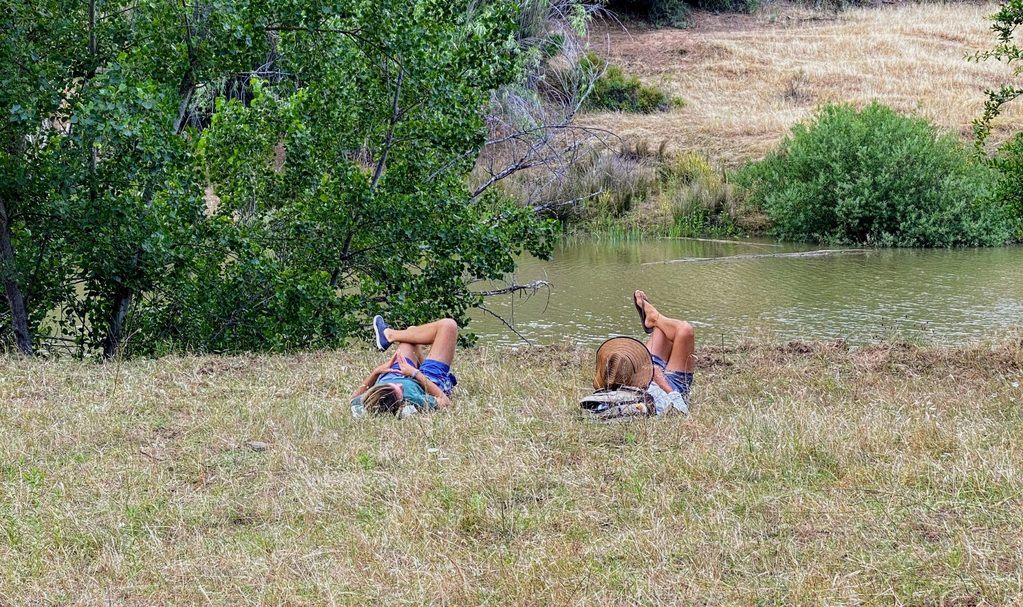 The Guadiana River is something like a retirement home for sailors around the world. This is at least the impression you get when sitting in Alcoutim in the café listening to the stories of the old salts at the neighboring tables.

Quite a few have traveled extensively in their sailing life and have now bought a piece of land on the river with a caravan or finca, in front of which they anchor with their boat.

The river rightly has a strong attraction for blue water sailors. Mild climate in winter, and, depending on your wishes, either absolute loneliness or a great community in the cafes and bars in the villages. In addition, prices for land directly on the river are still very cheap.

These amenities, known as “Guadiana glue”, ensure that some sailors “stick” to the river.

Fortunately, it did not (yet) come to that in my case. But I spent two wonderful weeks at the river with great people who made it really difficult for me to say goodbye. In addition to my friends from La Vagabonde who had followed me up the river, I met Peer and Claudia from SY Maia again. I also got to know Alfredas and Egle, who live by and on the river with their children.

Alfredas played a significant role in the Cambridge Analytica affair. He has produced an exciting audio book about his story (currently, however, only the first part of the story is finished). Who would have thought what interesting people you meet in this tranquil corner of our planet.

Instead of continuing to write long words here, I’ll show you a few pictures with impressions of river life. That’s probably the best way to get the atmosphere across.

However, since I had made an appointment in Faro for a haul out for ahora at the end of June, there were no excuses: I had to go back to the Ria Formosa.

But since the next heat wave was announced and I didn’t feel like sweating in over 40 degrees Celcius without wind in the river, it was not so difficult for me to say goodbye eventually. I will report on the return trip to Culatra in the next blog post.